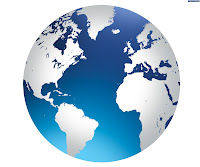 Amongst events happening around the world this past week...
*North Korea has declared itself "in a state of war" and swears an attack is imminent upon its enemies.
* Madagascar is combating a locust plague that threatens at least half of that country's current crops.
*The United Nations is considering a treaty to regulate conventional International arms trade.
*Civil unrest continues in Syria, the Central African Republic, South Sudan, and Afghanistan.

FROM THE UNITED STATES
*Gun control and whether current regulations are adequate continue to be a hot topic, with representatives of the National Rifle Association and groups supporting their beliefs robo-calling citizens in Connecticut urging them to persuade lawmakers not to "do anything rash that would end jobs and put arms only in the hands of criminals" as the investigation into the shooting at Sandy Hook Elementary continues.
*The United States Supreme Court is hearing arguments regarding the Defense of Marriage Act (DOMA), passed by a Republican controlled Congress during the President Bill Clinton administration, and other legislation that prevents same gender couples from wedding. If DOMA is repealed or declared unconstitutional, Federal Spouse benefits would finally be extended to same gender couples.
*Before going on Easter recess, United States President Barack Obama's hope that the minimum wage for workers would be increased was instead rejected by an overwhelming Republican majority in Congress.

FROM CANADA
*Any member of the controversial Westboro Baptist Church has been declared unwelcomed and will not be permitted within the country.
*Canada has also decided to withdraw from the United Nations Convention to Combat Desertification.

THE FREE CHOICE E-ZINE HUMBLY THANKS ITS READERSHIP FOR OUR RANKING OF HAVING OVER 2000 PAGE VIEWS FOR THE FOURTH STRAIGHT MONTH IN A ROW!

For more news at any time, either scroll down to our IN OTHER NEWS feature at the bottom of your screen, or visit any other reputable news source.