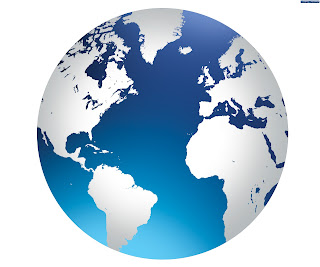 Amongst event's happening around the world this past week...
*Cardinal Jorge Mario Bergoglio (77) of Argentina has been elected Pope. Choosing the name Francis after Saint Francis of Assisi, the newly leader of the Catholic church has already spurned many of the more ornate trappings of the office while promising serious reforms, saying that he wants "a poor church for the poor".
*In its latest round of saber rattling, North Korea has announced it will no longer acknowledge the Korean Armistice Agreement that ended the Korean War in the 1950s and warns they will soon undertake "merciless military action".
*The Republican Party is reeling after Republican US Senator Rob Portman has gone against the GOP's opinions and reversed his position. Portman is now in favor of supporting same sex marriages after his son revealed he is gay and planning to marry his partner.
*While uncertain if any ever actually existed, NASA has confirmed the Curiosity rover's findings that the Planet Mars could have once supported life.
*The European Union has banned across the continent the sale of any cosmetics developed through animal testing.
*The CITES (Convention on International Trade in Endangered Species) has declared new restrictions on harvesting critically endangered hardwood trees; while five species of shark and two varieties of manta rays will receive international protection.
*The Apollo Global Management firm has announced the purchase of Twinkies and other Hostess brands in hopes of having the snacks back on store shelves by this summer.
*A binary brown dwarf cataloged as WISE 1049-5319 has been declared as the closest (known) star system to Earth at a mere 6.5 light years away.
*Comedian/actress Valerie Harper has announced she has an untreatable brain tumor with just months to live.
*Civil unrest continues in Syria, Pakistan, Nigeria, and Afghanistan.

IN SPORTS
*When the 2013 Major League Baseball season begins, the American and National Leagues will be realigned into 3 divisions of 5 teams each, with the Houston Astros moving from the National League Central division to the American League Western division.
*The National Hockey League has announced that with the 2013-14 season, their team roster will be realigned into four divisions, resulting in a modified playoff system.

For more news at any time, either scroll down to our IN OTHER NEWS feature at the bottom of your screen, or else visit any other reputable news source.
Posted by Lee Houston, Junior at 3:44 PM