It's the weekend, but that doesn't mean our minds should take a break.
Ready for some mental exercising?

TRIVIA TIME
MTV debuted August 1, 1981, with its sister channel VH1 making the scene January 1, 1985. Considering what they used to show, do you remember what the acronyms for each station mean?

FAMOUS FIRSTS
Do you remember just what the very first music videos were for each channel?

We'll reveal all next weekend. But for now, let's peek inside THE ANSWERS BOX, and discover the results from the June 22, 2013 Puzzle Corner, where we celebrated a couple of major events that had occurred. 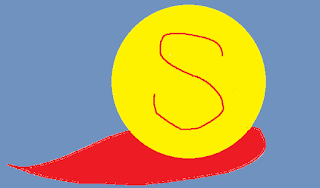 This attempt at using Microsoft Paint was in honor of the SUPER MOON between June 22-23, when the  (full) moon was the closest it would be to the Earth for the year.


THE LETTER SHUFFLE
Last week also marked the official start of the 2013 Summer season, and out of the letters in the word SUMMER, you should have been able to answer the following questions.