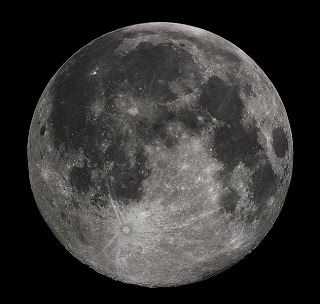 APOLLO ELEVEN LANDED ON THE MOON 44 YEARS AGO TODAY, WITH NEIL ARMSTRONG AND EDWIN "BUZZ" ALDRIN, JUNIOR BECOMING THE FIRST HUMANS TO STEP FOOT ON THE LUNAR SURFACE.

Amongst events happening around the world this past week...
*The United Kingdom will start officially recognizing same gender unions in England and Wales beginning in 2014.

*Pope Francis has formally begun proceedings for the Vatican to undergo an investigation into current accounting practices in hopes to create greater fiscal responsibility and transparency within the religious
organization.
*A new moon has been discovered orbiting Neptune! S/2004 N1 is only 11 miles in diameter, aiding in maintaining its obscurity until now.
*The war on drugs continues in Mexico, with the country's army capturing the suspected head of one of the cartels.
*Panamanian officials seized a North Korean vessel when a routine inspection found a missile on board! No word on where the missile was obtained, its final destination, or what its intended purpose was. Meanwhile, South Korea is blaming North Korea for the cyber attacks it has been suffering.
*A British Columbia coroner's report declared actor Cory Monteith (Glee!) died of an overdose of heroin and alcohol.
*Civil unrest continues in Syria, Iraq, and Afghanistan.

*The city of Detroit, Michigan; $20 billion US Dollars in debt, has filed for bankruptcy protection!
*The "not guilty" verdict for George Zimmerman in the death of Trayvon Martin has sent shock waves across America, and perhaps the world, along racial lines. Protests have been held in every major city across the country, and amongst the celebrities condoning the decision is entertainer Stevie Wonder, who swears never to set foot in the state of Florida again.
*An Oakland, California television station is being sued by Asiana Airlines when it used racial slurs such as "Sum Ting Wong" for the names of the airline personnel in reports of the recent plane crash.
*Pioneering White House journalist Helen Thomas, who has interviewed and reported on 10 different Presidents, has passed away at age 92.
*Actor John Stamos reprised his Full House role as Jesse Katsopolis to reunite with the TV Group "Jesse and the Rippers" on Late Night With Jimmy Fallon.
*The American League defeated the National League 3-0 in the 2013 All-Star Game, thus giving whoever represents that side home field advantage in the 2013 World Series of Major League Baseball this fall.

THE JULY 21, 2013 INSTALLMENT OF THE SUNDAY FUNNIES TOMORROW WILL BE THE 1100TH POST OF THE FREE CHOICE E-ZINE SINCE SWITCHING TO BLOGGER.COM!

THANKS TO OUR LOYAL READERS, THIS E-ZINE HAS HAD 1000 PAGE VIEWS FOR THE TENTH STRAIGHT MONTH!

For more news at any time, either scroll down to our IN OTHER NEWS feature at the bottom of your screen, or else visit any other reputable news source.
Posted by Lee Houston, Junior at 1:38 PM