Amongst events happening around the world this past week...
*The President of South Sudan has fired his entire government, including his vice-president!
*The United Nations has announced that the confirmed death toll in Syria's civil war has now broken 100,000!
*Suspected National Security Agency whistleblower Eric Snowden is currently living his own version of Tom Hanks' The Terminal, as he remains stranded at the Sheremetyveo International Airport in Moscow, Russia awaiting word on his asylum request.
*Pope Francis visited Brazil during his first official foreign mission.
*Scientists have discovered that dolphins have unique personal names for each other, and respond to those just like people do!
*Chris Fromme won the 2013 Tour de France.
*Phil Mickelson won the 2013 Open Championship of professional golf in Muirfield, Scotland. 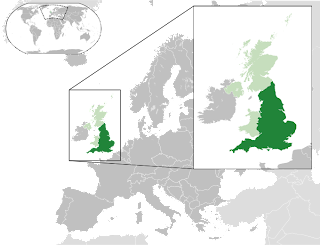 *Catherine, the Duchess of Cambridge, has given birth to George Alexander Louis. The baby is automatically third
in line for the British throne.
*British scientists have discovered what causes humans to be allergic to cats, and hope to overcome the situation within five years.
*England's Internet Service Providers will now automatically block all adult/porn sites for their customers unless told otherwise.
*The Oxford English Dictionary has announced it will edit the definition of "marriage" to include same gender unions.

IN THE UNITED STATES OF AMERICA

*While Congress is on its summer break, President Barack Obama is not resting, by taking his proposals for the remainder of 2013 and beyond to the people for their reactions and support before Congress resumes "work" next month.
*One bill that Congress may consider on its own agenda is passing the "Cable Ala Carte" plan, where consumers will be allowed to select cable channels on an individual basis instead of having to buy pre-determined "packages" from their cable company.
*No word at this time on how many new attempts there will be to repeal or defund "Obama Care", let alone if they will ever start work on a jobs stimulus bill.

For more news at any time, either scroll down to our IN OTHER NEWS feature at the bottom of your screen or visit any other reputable news source.
Posted by Lee Houston, Junior at 2:17 PM