The original Star Trek television series made it popular, and inventor Martin Cooper made the dream a reality, as the cell phone celebrates its 40th anniversary.

But, as you can see in the image below, the original units were a far cry from today's versions.


So what does all of this have to do with the Sunday Funnies?
Phone jokes!

Do molecules use cell phones to call each other, or do they need something more microscopic?

Nowadays, love means never having to say anything to each other because you're both too busy looking at your smart phones.

Those devices must be smart phones. After all, you're the one paying the bills. 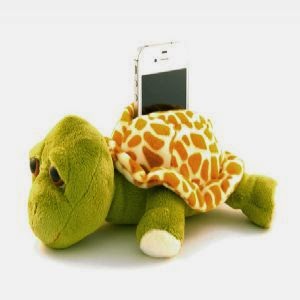 Is it true turtles have shell-ular phones?

Why are dogs like cell phones?
Because they both have collar I.D.!

And on that note, have a great week everyone, and please be back here next weekend for more Sunday Funnies!--AtP.