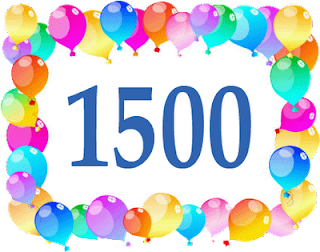 For those who came in late, or haven't read the "About Us" section of the left hand side bar, your humble e-zine started life as a project amongst college students on another host service provider, who succumbed to the economic problems of the day and left us homeless and recordless, for all our past archives were lost when the server disappeared without warning.

Our very first post here at Blogger was a public service announcement on September 5, 2008. It was at this point that I not only received my promotion from content provider under the previous administration to Editor-In-Chief, because the college students who started this e-zine under its previous name (The Alternative) had all graduated and moved on; but I also gained ownership of the domain name too, because the last man out the door made the arrangements since he liked the fact that I was still contributing and trying to keep the site active when everyone else had left.

While I wasn't on the ground floor creating this e-zine, I like to think that I have done its legacy proud and helped it to flourish in the process.
The Free Choice E-zine currently averages over 2000+ page views every month!

That first weekend of operation, I started two of our regular features: THE PUZZLE CORNER on Saturday and THE SUNDAY FUNNIES the next morning.
Although we covered major news stories on a regular basis, the weekly news round up didn't begin until much later.
(All links above lead to the first posts of the referenced material.)

We've come a long way from those early days between Google improving Blogger features and functions over the years, along with me refining things and adding graphics. Maintaining this e-zine has certainly been a learning experience.

Of course, when I refer to the editorial "we", it is mostly me, myself, and I.
The Free Choice E-zine is basically operating on a shoe string budget, when I can afford to buy the laces.

There have been plenty of opportunities to monetize this website, but I have refused them all under the belief that there should be at least one ad free e-zine on the Internet; and The Free Choice E-zine shall remain ad free at least as long as I'm at the helm.

My friend and creator of Waxy Dragon, Roger Stegman provides a lot of the jokes that Waxy and our other hostess Autumn the Puppy post in every SUNDAY FUNNIES. Otherwise, he prefers to remain behind the scenes.
I like to think of the ladies as our Gracie Allen (Waxy) and George Carlin/Robin Williams (Autumn) of this e-zine. As a running gag, I give them US holiday weekends off as I struggle to come up with a SUNDAY FUNNIES column on my own.

While The Free Choice E-zine is based within the United States of America, we are not xenophobic when it comes to the rest of the world.

There have been other contributors on and off over the years, but for those wondering about why mine is the only name listed in the "Posted By" credits, it is not out of egotism (although I do compile the weekly news and create the puzzles), but because in the end the final responsibility for everything that appears on your screen is mine. That I take very seriously.

Which is why at one point I opened the floor to let our readership decide what (if any) political stand The Free Choice E-zine would take, and the response was overwhelmingly pro-Democratic.

This decision was made by our participating audience at that time, and apparently based solely upon the old adage of "Actions speak louder than words."

Given their actions during the entire presidency of Barack Obama and the impending Presidential election in 2016, current Republicans continue to prove that saying to be very accurate.

So, now that we've briefly covered the past and the present, what lies ahead?
While we have no ideas or plans at present for expanding our regular features, we are always open to suggestions.

Questions, comments, suggestions, etc.; can either be posted at the end of any specific article or sent to FreeChoiceEzine@gmail.com
Posted by Lee Houston, Junior at 3:28 PM

Email ThisBlogThis!Share to TwitterShare to FacebookShare to Pinterest
Labels: 1500th post, About Us, Lee Houston Junior, Looking Around, Roger Stegman