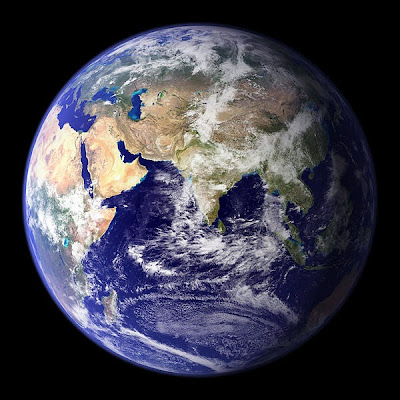 *Supreme Leader Kim Jong-un claims that North Korea is now in possession of a hydrogen bomb! However, others are skeptical about this boast until there are more verifiable facts available. Meanwhile, North Korea's all female Moranbong Band has suddenly left China in the midst of a concert tour with no public explanation.
*After extending the agenda by one day, the 2015 United Nations' Climate Change Conference in Paris, France has resulted in an agreement between the 196 countries attending to reduce greenhouse gases across the globe!
*The current pollution crisis in Beijing, China is bad enough to close schools, halt outdoor activities, and limit vehicle use.
*Armenia is now a parliamentary republic.
*President Yahya Jammeh has declared Gambia an Islamic republic.
*The Democratic Unity Roundtable has gained a majority in Venezuela's General Assembly after their most recent election.
*Finland will begin an experiment to establish a "universal basic income" within the country in 2017.
*Is there another painting underneath the famed Mona Lisa?
*Japan is facing legal action for resuming whaling operations.
*Iraq has managed to retake parts of the ISIS/ISIL held city of Ramadi.
*Iran is cracking down on website originating in that country that support ISIS/ISIL.
*After shooting down a Russian SU-24 jet,Russian ally Iraq ordered all Turkish military forces out of the country within 48 hours. Turkey refused, saying they are there to help. The matter has since been referred to the United Nations Security Council for arbitration.
*Archaeologists on a prerequistive examination of a future construction site have found evidence of an ancient English castle under a prison basketball court that was scheduled for remodeling.
*German Chancellor Angela Merkel has been named Time magazine's 2015 Person of the Year.
*The JAXA probe Akatsuki successfully entered orbit around Venus.
*Viking treasure has been found in an England farmer's field, and may help establish missing historic details of King Alfred of England and King Ceolwulf II of Mercia.

TERRIBLE TERRORIST ACTIVITIES...
*A Taliban attempt to take over Kandahar International Airport in Afghanistan was unsuccessful, but left 50 people dead and over 30 wounded.
*ISIS/ISIL forces have claimed responsibility for a triple truck bomb attack on Tell Tamer, Syria that left over 50 dead and more than 80 wounded.
*The Taliban claimed responsibility for a car bomb attack near the Spanish embassy in Kabul.

*Believe it or not, despite their continued efforts on other matters, such as trying to do away with the Affordable Health Care Act, aka Obama Care; Congress actually accomplished something positive this past week by permanently extending health care benefits to all involved in the rescue efforts starting September 11, 2001.
*While he may be the GOP's current front runner again for the 2016 Republican Presidential nomination, Donald Trump has not had a good time of late, with multiple sources of backlash on his opinions concerning Muslims.

*The Senate's proposed budget plan for the coming fiscal year includes a provision that would allow employers to sue their female staff in an effort to recover the costs of their special health coverage expenses: birth control pills, gynecological visits, etc!
ELSEWHERE...

*The continuing investigation into the San Bernadino shooting reveals that the attackers might have been "radicalized" for years before the incident.
*Former President Jimmy Carter's latest medical tests show that he is now cancer free.
*The ex-director of Jared Fogle's charity organization to help children deal with obesity has been sentenced to 27 years on child pornography charges. Fogle is already beginning his 15 year sentence on similar charges.
*Mattel Toys has released a new version of Barbie to promote diversity.
*Did you know that the average refugee from a foreign country owes the United States $1200 for relocation expenses?
*Walmart is protesting potential taxes in Puerto Rico.
*The United States Navy's latest destroyer, the U.S.S. Zumwalt is captained by James Kirk!
*Hyperloop is scheduled to start testing its new technology in Nevada in late 2016.
*In the wake of a potential anti-trust lawsuit, General Electric has decided not to sell its appliance business to Sweden's Electrolux. The deal would have been worth an estimated $3.3 billion dollars.
*In a similar measure, Staples desire to acquire Office Depot will be opposed.

For more news at any time, either scroll down to our IN OTHER NEWS feature at the bottom of your screen or visit any other reputable news source.
Posted by Lee Houston, Junior at 7:05 PM

Email ThisBlogThis!Share to TwitterShare to FacebookShare to Pinterest
Labels: 2015, December 6-12, news, The Week In Review