Once again, another holiday weekend finds me alone within The Free Choice E-zine offices while Autumn the Puppy and Waxy Dragon spend time with their respective families.
So, what do I post to entertain you for this edition of The Sunday Funnies?
Got it! One thing every guy should know, the REAL definition of tools!
But since there are so many tools to choose from, we'll narrow the field to just those possibly used to work on a car or something mechanical this time.
Ready? 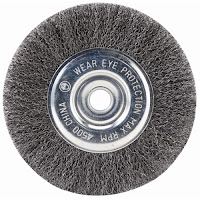 WIRE WHEEL: Cleans paint off bolts and then throws them somewhere under
the workbench with the speed of light. Also removes fingerprints and hard-earned calluses from fingers in about the time it takes you to yell for help.

DRILL PRESS: A tall upright machine useful for suddenly snatching flat metal bar stock out of your hands to fling across the room, denting the freshly-painted project which you had carefully set in the corner where nothing could hurt it.

CHANNEL LOCK PLIERS: Used to round off bolt heads. Sometimes used in the creation of blood-blisters.
They have absolutely nothing to do with your TV/cable remote acting up.

VISE-GRIPS: Generally used after pliers to completely round off bolt heads. If nothing else is available, they can also be used to transfer intense welding heat to the palm of your hand.

OXYACETYLENE TORCH: Used almost entirely for igniting various flammable objects in your shop and creating a fire. Also handy for igniting the grease inside the wheel hub out of which you want to remove a bearing race.

HYDRAULIC FLOOR JACK: Used for lowering an automobile to the ground after you have installed your new brake shoes, trapping the jack handle firmly under the bumper.

TWO-TON ENGINE HOIST: A tool for testing the maximum tensile strength of all the stuff you forgot to disconnect when working on your car.

PHILLIPS SCREWDRIVER: Normally used to stab the vacuum seals under lids or for opening old-style paper-and-tin oil cans and splashing oil on your shirt; but can also be used, as the name implies, to strip out Phillips screw heads.

PRY BAR: A tool used to crumple the metal surrounding that important clip or bracket you needed to remove in order to replace a 50 cent part.

HAMMER: Originally employed as a weapon of war, the hammer nowadays is used as a kind of divining rod to locate the most expensive parts adjacent the object we are trying to hit. 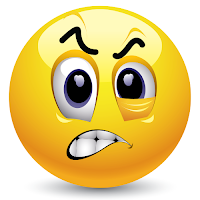 TIME/EFFORT/SAVINGS
An equation that looks good on paper, but never quite works out in reality.
Yet every little bit helps these days.

Hope everyone had a wonderful holiday weekend.
Have a great week, and please be back here next weekend for more Sunday Funnies!—lh,jr
Posted by Lee Houston, Junior at 6:32 PM

Awesome! No words. You always go one step beyond.