Hello Everybody! Waxy Dragon here!
Just cleaning out my cave to make room for all the new jokes I'll be telling this year, so that means some of these oldies but goodies I never got to tell in 2016 have to go.
But never one to let a good (or bad) joke go to waste, I thought I'd share them with you. Ready?

Two high powered antennas met on a roof, fell in love and got married. The wedding ceremony wasn't much, but the reception was great! 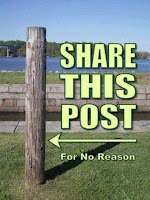 Two cannibals are eating a clown when one turns to the other and asks, "Does this taste funny to you?"

How do you know if you've ever met the Invisible Man?

Two fish were having a great time when they accidentally swam into a concrete wall. One turns to the other while rubbing its sore head with his fin and said "Dam!"
"No cursing honey," replied his mate.

I went to a disco last week that specializes in serving seafood.
Had a great time, but I think I pulled a mussel from dancing so much.

Two guys sitting in a kayak in the middle of winter got cold and tried to start a fire.
Of course it sank. While the guys are okay, that just proves that you can't have your kayak and heat it too.

A computer once won 10 straight games of checkers against me, but lost against my sledgehammer.

I went to the beach the other day and discovered my scream is exactly the same whether a piece of seaweed touches my paw in the water or the snack bar is out of Belgosian Dark Chocolate.

And on that note, have a great week everybody and please be back here again next weekend for more Sunday Funnies.—wd.
Posted by Lee Houston, Junior at 3:55 PM