*A diplomatic crisis has arisen in Qatar as several countries have suspended communications and ordered their people out of Qatar.
*Did North Korea’s latest “missile test” involve anti-ship missiles???
*China, Indonesia, Thailand, and the Philippines all promised to reduce their plastic water pollution at a recent United Nations’ Oceanic conference.
*The chargé d'affaires (person who runs an embassy when the diplomat isn’t present) for the United States embassy in Beijing, China has resigned over President Trump pulling America out of the Paris Climate Accords.
*After already reporting their original findings, astronomers have confirmed the existence of yet another moon orbiting Jupiter.
*Skeletal remains of Homo Sapiens have been found in Morocco dating back even earlier than previously established specimens. 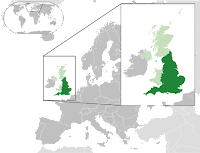 *An unprovoked attack against pedestrians June 3 has left 7 dead and more injured. Whether they're actually guilty or not, ISIL has claimed responsibility for the attack, but authorities do have suspects in custody.
*Theresa May is still Prime Minister of Great Britain after the recent "Snap Election", but her Conservative Party is no longer the majority in Parliament.
*Ariana Grande held a benefit concert for the survivors of the attack at her original London concert. Otherwise, the remainder of her current European tour remains suspended.

*Despite recent terrorist attacks, May has stated Great Britain will proceed with leaving the European Union.

THE TERRORIST REPORT…
*Bombs, including the recent use of one outside a Baghdad ice cream parlor, are still the terrorists’ primary weapon of choice.

*Christopher Fray is President Trump’s new nominee to head the FBI.
*As reported last week, if President Trump doesn’t want to participate in the Paris Climate Accords, that doesn’t mean the rest of America feels the same way. Hawaii has just enacted anti-pollution measures in hopes of preventing rising sea levels, which the state will also chart. (There are 2 links in this item.)
*Given recent events in London, Democratic Minority Leader Chuck Schumer has urged President Trump to reconsider budget cuts to anti-terrorist programs.
*OPINION: How can you represent the President when the President contradicts you???
*How low can President Trump's approval rating sink???
PRESIDENT TRUMP VERSUS JAMES COMEY???
*James Comey testified Thursday before a Senate Intelligence Committee hearing.
*The event took over 3 hours.
*President Donald Trump believes James Comey committed perjury during his testimony and offers to give his own "under oath," denying that he requested Comey to drop the Flynn investigation or demanded his allegiance. (There are 2 links in this item.)
*Although Comey's testimony was "interesting", apparently it alone is not enough to attempt impeaching the President. (There are 2 links in this item.)
*Yet, regards of Comey's testimony, Congressional Republicans apparently don't care.
MEANWHILE...

*The chargé d'affaires (person who runs an embassy when the diplomat isn’t present) for the United States embassy in Beijing, China has resigned over President Trump pulling America out of the Paris Climate Accords.
*The Republican controlled House of Representatives has passed a bill to end the Dodd-Frank Fiance Reform/Consumer Protection Act, but while the GOP also controls the Senate, the measure is expected to be defeated there.
*What might be on the new GOP's new Oversight Committee Chairman's agenda???
*Did Dan Scavino violate the Hatch Act???
*Are impeachment proceedings pending against President Trump anyway???
*OPINION: Is Donald Trump abusing his Presidential powers???
*OPINION: One man who has a valid reason to stand against President Trump's concept of "draining the swamp".
ELSEWHERE…
*Verizon is now closer to gaining ownership of Yahoo.
*Human remains have been found inside a Civil War era submarine.

For more news at any time, either scroll down to our ELSEWHERE feature at the bottom of your screen or visit any other reputable news source.
Posted by Lee Houston, Junior at 6:10 PM

Email ThisBlogThis!Share to TwitterShare to FacebookShare to Pinterest
Labels: 2017, June 4-10, news, The Week In Review