FUN FACT
No professional basketball player has yet to beat Wilt Chamberlain’s single game record of scoring 100 points, established in 1962.

COMMON BONDS
The items within each subset below have something in common. Do you know what it is?
01. {Andover, Talladega}
02. {Slovenly, neat}

THE 50/50 CHANCE
Just like a regular TRIVIA TIME question, only there are just two possible answers, hence the even odds of getting it right. Ready?

We’ll reveal all next weekend, but for now, let’s open up THE ANSWERS BOX and discover the results from the May 27, 2017 Puzzle Corner. 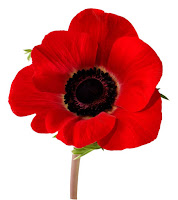 While the term Memorial Day was first used in 1882, its use didn’t become popular and fully accepted until after World War 2. But Memorial Day did not become an official Federal holiday in the United States until 1967.

THE LETTER SHUFFLE
How many new words can you spell, using the letters in the word MEMORIAL?

More than the 51 listed above might be possible.
Posted by Lee Houston, Junior at 1:52 PM