Hello Everybody! Today you have both Autumn the Puppy AND Waxy Dragon here as we get together to celebrate Fathers' Day with some fun jokes.

Jon: What’s the difference between a high-hit baseball and a maggot’s father?
Tom: What?
Jon: One’s a pop fly. The other’s a fly pop.

“Dad, are bugs good to eat?” asked the boy.
“Let’s not talk about such things at the dinner table, son,” his father replied. 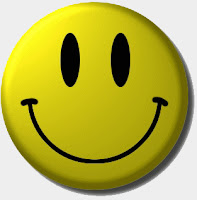 After dinner the father inquired, “Now, son, what did you want to ask me?”
“Oh, nothing,” the boy said.  “There was a bug in your soup, but now it’s gone.”

Science teacher: When is the boiling point reached?
Science student: When my father sees my report card!

Joe: What does your father do for a living?
Jon: He’s a magician. He performs tricks, like sawing people in half.
Joe: Do you have any brothers or sisters?
Jon: Yep, four half-sisters and a half-brother. 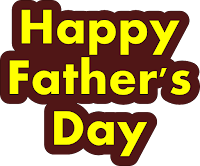 Pee Wee: How is the baby bird like its dad?
Westy: How?
Pee Wee: It’s a chirp off the old block.

And on that note♫, have a great week everybody and one of us will be back here next weekend with more Sunday Funnies!—AtP & WD
Posted by Lee Houston, Junior at 12:50 AM