"SOMETIMES WE NEED SOMEONE TO SIMPLY BE THERE. NOT TO FIX ANYTHING OR DO ANYTHING IN PARTICULAR, BUT JUST TO LET US FEEL WE ARE SUPPORTED AND CARED ABOUT."
Source Unknown.
BEWARE THE COVID-19/CORONAVIRUS!
OCTOBER 24 IS UNITED NATIONS DAY.
OCTOBER 28 IS MOTHER IN LAW DAY.
OCTOBER 29 IS REPUBLIC DAY IN TURKEY.
OCTOBER 31 IS BOTH HALLOWEEN🎃 AND A BLUE M🌕🌕N!
AM😷NGST EVENTS AROUND THE W🌍RLD THIS PAST WEEK…

*France officially declares second wave of COVID-19!
*The latest numbers.
*The pandemic isn't their fault!
*The latest on trying to develop a vaccine against COVID-19.
*It’s not the pandemic in this case, so why are they getting sick???
*The liaison between Japan and Vietnam strengthens.
*Pope Francis supports same gender unions via civil marriage.
*It's asteroid sampling time!

THE TERRORIST REPORT…
*The Free Choice E-zine does not support terrorism, no matter what the “cause” or alleged “justification”. Thus we will only be posting news items in this section whenever terrorists are brought to justice.
😢PASSING PARADE…
*Film/stage actress Doreen Montalvo (numerous credits) has taken her last bow on life’s stage.
*Tony Lewis of The Outfield has passed away.
*Musician Spencer Davis (♫Gimme Some Lovin’♫) is no longer with us.
*Professional football🏈 player Mario Henderson has passed away.
*Actress Marge Champion (Show Boat, artistic model for Disney’s Snow White and Pinocchio’s Blue Fairy, more) has taken her last bow on life’s stage.
*Author Richard A. Lupoff (Space War Blues, The Comic Book Killer, more) is no longer with us.
*Screenwriter William Blinn (created Starsky and Hutch, Purple Rain, more) has passed away.
*Country singer Jerry Jeff Walker (♫Mr. Bo Jangles♫, ♫It’s About Time♫, more) is no longer with us.
*Writer Lenard Lakofka (Dungeons and Dungeons franchise) has passed away.
WITHIN THE UNITED STATES OF AMERICA…
THE BORDER WALL-KIDS-IMMIGRATION ISSUES…

*With families being separated upon apprehension, President Trump declared the lack of a border wall a “national emergency”. There have since been legal and legislative battles initiated over this. But what about the health/safety of all the “detainees”???
*Trump has the children, but where are the parents???
NOTE: While we are doing our best to provide coverage, the above is a serious, ongoing issue. Especially since no one has yet to discuss the costs of separating families and who is truly responsible for the deaths of FOUR “detainees” (known to date), let alone if anyone might actually be making a profit from this situation.
THE 2020 PRESIDENTIAL ELECTION…🗹
*Opinion: Is the “soul” of America at stake??? 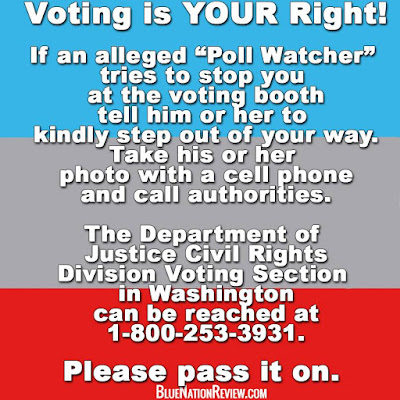 *Puerto Rican newspaper officially endorses Biden-Harris!
*Trump threatens to fire governor of any state he loses, which is both impossible and illegal, but still…
*The Supreme Court sided against Republicans on Pennsylvania mail in ballots.
*Did Trump spend his campaign money wisely???
*Is Trump now using government money to fund his campaign???
*You can’t screen voters at the polling place!
*Who’s threatening potential voters???
*The Republicans new insult against Kamala Harris isn’t working in their favor. (There are 2/TWO separate links in this item.)
*Former President Obama is campaigning on Biden’s behalf.
*Fighting Voter Suppression in Florida.
*Early voter turn out is larger than either side suspected it would be!
*Campaigning is one thing, lying about the election another.
*The Trump Campaign versus Nevada.
*Did Trump try to interfere with New Jersey’s election process???
*Trump versus FOX News???
THE OTHER PRESIDENTIAL DEBATE…
*Before it even happened, the Trump team wanted the topics changed, and other shenanigans. (There are 2/TWO separate links in this item.)
*So how did it go??? (There are 2/TWO separate links in this item.)
*You can watch the debate for yourself here.
POLITICALLY…

*Trump cuts his 60 Minutes interview short, then blames reporter Lesley Stahl. (There are 2/TWO separate links in this item.)
*An anti-trust lawsuit against Google???
*Does Trump have more money than he admits to???
*Trump versus Alexandria Ocasio-Cortez.
*Opinion: Trying to make sense of the senseless.
😷THE US VERSUS COVID-19… 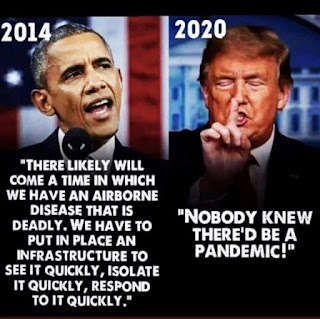 *The state of your state, from two different perspectives. (There are 2/TWO separate links in this item.)
*Who is holding up all those testing funds???
*The independent Government Accountability Office will investigate the Trump administration for their handling of the pandemic versus their interactions with the FDA and the CDC!
*Why can’t Trump just let Dr. Anthony Fauci just do his job in peace???
*Should aid be politically motivated???
*France has already declared one. Is America on the verge of a second wave??? (There are 2/TWO separate links in this item.)
TRUMP TWEETS…
*Was Trump’s Twitter account hacked???
IT’S FACT CHECK TIME!✅
*Who's trying to smear Biden with false campaign ads???
*The money of Mitch McConnell and Kentucky.
*Trump’s past quotes on health care.
*Trump’s latest speeches.
*The final Presidential Debate, aired October 22, 2020.
*The Republicans blocked President Obama’s last Supreme Court option while he still had 8 months in office but are rushing Trump’s pick through before the election November 3.
*Trump on Rudy.
REPLACING RUTH (the battle for Ginsburg’s Supreme Court position)
*Amy Coney Barret has been approved as a viable candidate for the Supreme Court. The vote on whether or not to actually make her Ruth Bader Ginsburg’s replacement is scheduled for Monday, October 26. (There are 2/TWO separate links in this item.)
*“No debate. Just vote!”—McConnell.

MEANWHILE, IN CONGRESS…
*Mitch McConnell is against another pre-election stimulus package.
*Trump versus McConnell???
*Is there something wrong with McConnell health wise???
*Opinion: Who are they trying to save???
*Well, if you have the power…
ELSEWHERE…
*Is there more trouble brewing in Michigan???
*Can’t we stop the violence??? (There are 2/TWO separate links in this item.)

*The Democrat versus Republican policies seem to be consistent everywhere.
*Only in Texas...???
*His side business may cost him the election.
*Time to change the name!
*Politics in the new Borat sequel??? You betcha! (There are 2/TWO separate links in this item.)
*Will TV audiences accept new series based on Smokey and the Bandit, The Addams Family, and Flash Dance??? (There are 3/THREE separate links in this item.)
*Is the streak over??? Not if streaming service counts because the perennial Peanuts holiday cartoons (It’s the Great Pumpkin Charlie Brown, A Charlie Brown Thanksgiving, and A Charlie Brown Christmas) will only be shown on Apple TV+ this year!
*Arlo Guthrie has decided to retire, from touring anyway.
*NO Santa at Macy’s this year???
*Is Coca-Cola ending your favorite drink???
*Do they deserve a second chance???
😀AND FINALLY, SOME GOOD NEWS…
*Fleetwood Mac’s Rumours is back!
*It’s asteroid sampling time!
Posted by Lee Houston, Junior at 6:14 PM

Email ThisBlogThis!Share to TwitterShare to FacebookShare to Pinterest
Labels: 2020, news, October 18-24, The Week In Review