GET VACCINATED & BEWARE ANY VERSION
OF THE COVID-19/CORONAVIRUS!
AUGUST 7 IS PURPLE HEART💗 OBSERVANCE DAY.
AUGUST 11 IS CHAD’S INDEPENDENCE DAY.
AUGUST 14 IS THE 80TH ANNIVERSARY OF THE ATLANTIC CHARTER.
AM😷NGST EVENTS AROUND THE W🌍RLD THIS PAST WEEK… 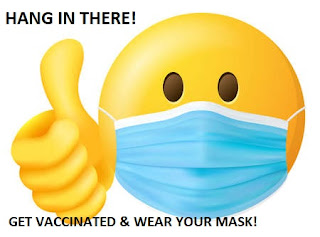 THE TERRORIST REPORT…
*The Free Choice E-zine does not support terrorism, no matter what the “cause” or alleged “justification”. Thus we will only be posting news items in this section whenever terrorists are brought to justice.
THE CLIMATE CHANGE CHRONICLES…🌐
*Wildfires continue in Western North America, Turkey, Italy, and Greece! (There are 4/FOUR separate links in this item.)
*A brief overview of the 2021 Atlantic Hurricane season, so far.
*Please stop and take a look at the world around you.
😢PASSING PARADE…
*Actor Jay Pickett (General Hospital, Days of Our Lives, more) has taken his last bow on life’s stage.
*Singer/actor Alvin Ing (Stir Crazy, The Final Countdown, more) has taken his last bow on life’s stage.
*Former professional baseball⚾ pitcher J. R. Richard is no longer with us.
*Dennis Thomas, saxophonist🎷 for Kool and the Gang has passed away.
WITHIN THE UNITED STATES OF AMERICA…
THE BORDER WALL-KIDS-IMMIGRATION ISSUES…

*“President” Trump declared a “national emergency” to build his border wall, separating families upon apprehension. President Joseph Biden nullified the emergency, but other matters pertaining to these issues still have to be dealt with.
*Apparently it isn’t just the Southern border.
*Texas is facing another lawsuit over their current policies.
NOTE: While we are doing our best to provide coverage, the above is a serious, ongoing issue. Especially since no one has yet to fully discuss the health and safety of all the “detainees” as well as the various costs under Donald Trump of separating families and who is truly responsible for the deaths of FOUR “detainees” (known to date), let alone if anyone might actually be making a profit from this situation.
CAPITAL CHAOS: JANUARY 6, 2021>AFTERMATH
*Subpoena time???
*Guess who testified!
*Guess who might testify!
*Fining the “lawyers”.
*Reviewing his testimony.
*Was this Trump’s plan???

POLITICALLY…
*Three of the MANY differences between "President" Trump and President Biden. (There are 3/THREE separate links in this item.)
*President Biden is currently attending the Pacific Islands Forum.
*Actual cost cutting measure or is Trump’s “Post Master General” still at it???
*Are the final days of Roe v. Wade drawing near???
SOCIAL (IN)JUSTICE…
*The VICTIM faces charges???
*Guess who got pardoned!
*Another guess who got pardoned and who didn't in Missouri.
*The butcher shop closed on principles.
*Statue changing time.

THE FREE CHOICE E-ZINE WOULD LIKE TO THANK ITS LOYAL READERSHIP FOR GRANTING US 13,452 PAGE VIEWS IN JULY 2021.
Posted by Lee Houston, Junior at 5:09 PM

Email ThisBlogThis!Share to TwitterShare to FacebookShare to Pinterest
Labels: 2021, news, The Week In Review, Week: August 1-7