Hello Everybody! Autumn the Puppy here!
Something I haven't done in a MIGHTY LONG time is Celebrity Quotes!
Don't know how I managed to avoid the topic for so long, but it's time to take care of that. Especially with so much going on in the world🌎 right now.
As usual, my thoughts will be after the actual quotes. Ready?
"Truth is stranger than fiction, but that is because fiction is obliged to stick to possibilities. Truth isn’t."—Author Mark Twain (aka Samuel Langhorne Clemens) 1835-1910.
Truth also sticks to these stubborn little things called FACTS that some people don't like.
“The difference between stupidity and genius is that genius has its limits.” – Albert Einstein, 1879-1955.
Unfortunate, but true. Look at Wile E Coyote.😉
“War teaches Americans geography.” – Author Ambrose Bierce,1842-1914. 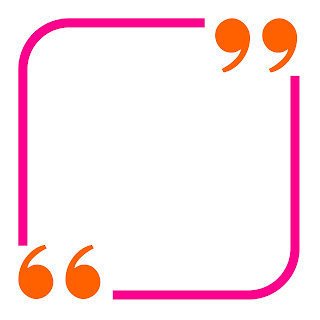 Though you'd think War would be a better instructor of Peace.
“My opinions may have changed, but not the fact that I’m right.” –  Cartoonist Ashleigh Brilliant, born 1933.
♫Nobody's right, if everybody's wrong.♫ From "For What It's Worth" by Buffalo Springfield.
“The surest sign that intelligent life exists elsewhere in the universe is that it has never tried to contact us.” – Cartoonist Bill Watterson, born 1958.
They may have visited, but they never stay. Why? With a nod to Douglas Adams, we have plenty of towels.
“As a child, my family’s menu consisted of two choices: take it or leave it.” –  Comedic Actor Buddy Hackett, 1924-2003.
The same holds true for a lot of folks and sadly, not by choice.
“It would be nice to spend billions on schools and roads, but right now that money is desperately needed for political ads and other lobbying tactics.” – Comedy writer Andy Borowitz, born 1958.
TAKE A HINT POLITICIANS!
On that note♫, have a great week everybody!
Take care.
STAY SAFE!😷
And please be back here again next weekend for more Sunday Funnies!—AtP.
Posted by Lee Houston, Junior at 3:59 PM