ARE YOU AWARE OF THE AROMATHERAPY RECALL?
GET VACCINATED & BEWARE ANY VERSION
OF THE COVID-19/CORONAVIRUS!
OCTOBER 23 MARKS THE 75TH ANNIVERSARY OF
THE UNITED NATIONS’ GENERAL ASSEMBLY.
OCTOBER 23 IS ALSO MOLE DAY.
OCTOBER 28 IS MOTHER IN LAW DAY.
OCTOBER 29 IS REPUBLIC DAY IN TURKEY.
OCTOBER 31 IS HALLOWEEN.🎃
AM😷NGST EVENTS AROUND THE W🌍RLD THIS PAST WEEK…
*Is there a NEW COVID variant looming on the horizon???
*Yet the battle continues. (There are 3/THREE separate links in this item.)
*The United States is keeping its promise in the fight against COVID.
*The state of the world, as of October 23, 2021.
*Fiji will have a new President.
*WHO wrote it???
THE TERRORIST REPORT…
*The Free Choice E-zine does not support terrorism, no matter what the “cause” or alleged “justification”. Thus we will only be posting news items in this section whenever terrorists are brought to justice.
THE CLIMATE CHANGE CHRONICLES…🌐
*Japan still intends to start dumping contaminated water from the Fukushima Nuclear Power Plant into the Pacific Ocean!
*Russia will not be represented at an upcoming Climate Summit.
*Can Lake Tahoe be saved???
*3M settles claims for river pollution.
😢PASSING PARADE…
*General Colin Powell, former Secretary of State, is no longer with us.
*Famed stuntman Bob Herron (over a 60 year career) has passed away.
*Composer/songwriter Leslie Bricusse (numerous credits over a long career) is no longer with us.
*Voice Actor Christopher Ayres (Dragon Ball, One Piece, more) has taken his last bow on life’s stage.
*Voice Actor Jack Angel (Hanna Barbera, Disney, Pixar, and more) has taken his last bow on life’s stage.
*Cinematographer Halyna Hutchins (numerous credits) is no longer with us.
*Actor Peter Scolari (Bosom Buddies, Newhart, more) has taken his last bow on life’s stage.
WITHIN THE UNITED STATES OF AMERICA…
THE BORDER WALL-KIDS-IMMIGRATION ISSUES…

*Former “President” Trump declared a “national emergency” to build his border wall, separating families upon apprehension. President Joseph Biden nullified the emergency, but other matters pertaining to these issues still have to be dealt with.
*They were supposed to do WHAT during the pandemic???
NOTE: While we are doing our best to provide coverage, the above is a serious, ongoing issue. Especially since no one has yet to fully discuss the health and safety of all the “detainees” as well as the various costs under Donald Trump of separating families and who is truly responsible for the deaths of FOUR “detainees” (known to date), let alone if anyone might actually be making a profit from this situation.
CAPITAL CHAOS: JANUARY 6, 2021>AFTERMATH
*So what WAS Steve Bannon's involvement??? He is definitely now in contempt. (There are 3/THREE separate links in this item.)
*A cooperative suspect.
*Not how they expected things to go.
*Well, what did he expect???
*Not all suspects are the same???
*It should come as no surprise that Republicans are not liking the investigations and trials.

POLITICALLY…
*Trying to straighten out the supply chain issues.
*There may still be a deficit, but it’s LOWER under President Biden!
*Interesting press conference.
SOCIAL (IN)JUSTICE
*More Jim Crow Gerrymandering in Texas!
*All that over parking a car???
*They only RECORDED it???
*Confronting dress codes.
*It had NOTHING to do with trigonometry! 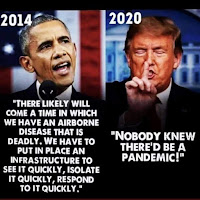 *OOPS!
ELSEWHERE…
*Lawsuits, more lawsuits, and investigations aplenty! (There are 4/FOUR separate links in this item.)
*Guess who got hacked???
*This should come as no surprise…
*Out of all the positive tributes…
*A new investment scam???
*Guilty on all counts.
*Is the fox guarding the hen house???
*October 23 marks the 25th anniversary of the infamous O. J. Simpson murder trial beginning.
😀AND FINALLY, SOME GOOD NEWS…
*Talk about timing!
Posted by Lee Houston, Junior at 1:07 PM

Email ThisBlogThis!Share to TwitterShare to FacebookShare to Pinterest
Labels: 2021, news, The Week In Review, Week: October 17-23