😎FUN FACT
🦒Giraffes🦒 have only bottom teeth.
TRIVIA TIME⌚
What series originally opened with Bill Haley and the Comets’ ♫Rock Around The Clock♫ before developing its own theme song?
COMMON BONDS
The items in each subset below have something in common. Do you know what it is?
01. {James, Bacon}
02. {Susan, Pea}
We’ll reveal all next weekend but for now, let’s open up THE ANSWERS BOX📦 and discover the results from the November 6, 2021 Puzzle Corner.
FAMOUS FIRSTS🥇
Which cartoon character was the first to get their own star on the Hollywood Walk of Fame?
While many have received this honor, Mickey Mouse was the first back in 1978.
REBUS
Something familiar is represented in the image below. Do you know what it is?
Pink Floyd’s ♫Another Brick In The Wall♫ 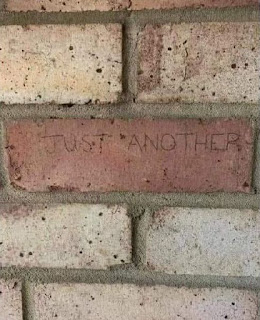