Hello Everybody! Piper D. Katt here!
I'm sure everyone has heard by now that we've recently lost Autumn the Puppy. 😢
I tell you, it just doesn't seem real to me.
Surreal maybe. I keep thinking I'm gonna wake up from one of my naps at any moment and thankfully discover this was all nothing more than a bad nightmare.
It seems like just yesterday we worked together on the annual Halloween Sunday Funnies. We even stopped and chatted for awhile afterwards about life, the universe, and everything; including early planning for what would have been our annual Christmas Party in December.
To say that I, like everyone else, miss Autumn is a serious understatement.
Yet I also know that if she was here right now, Autumn would tell me that the show must go on and to 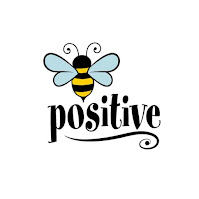 So with that in mind...
A sweater I bought was picking up static electricity really bad. I returned it to the store. They gave me a new one, no charge.
If two people love each other, nothing is impossible... except deciding where to eat sometimes.
Did you know that the man who invented the Ferris Wheel never met the man who invented the merry-go-round? They traveled in different circles.
Ever notice when Geese fly in a “V” formation,
one side is always longer than the other? Scientists determined the reason. There is more birds on one side than the other.
I wonder how much that study cost?
I ticked off my alarm. Now it won’t give me the time of day.
You know how they throw a ball into the crowd after the game?
Thankfully that is not allowed in bowling!🎳
A waiter approached a diner and said, “Your glass is empty. Would you like another?”
The diner replied, “Why would I want two empty glasses?"
And on that note♫, I think it's time to end this post.
Autumn, it was a pleasure working with you and you'll always have a place in my heart.
Everyone else, take care.
STAY SAFE! 😷
And as originally scheduled, our esteemed Editor-In-Chief will be here during the Thanksgiving holiday next weekend with more Sunday Funnies.—PDK.
Posted by Lee Houston, Junior at 5:08 PM