To say that I love books is a serious understatement. I am always reading. So suffice to say I also visit my local library on a very regular basis.
On a recent visit, I happened to spot a lot of books piled up on a counter top there, with a sign at said "Free! Help Yourself."
Now I did not think much of this at first because the library is always getting donated copies of books that they already have in stock, although usually they sell those at a nominal fee akin to the price one might find a book at a garage sale, flea market, tag sale, etc.; to help underwrite their operating expenses.
But imagine my surprise when I discovered that the books in question this time were actually from the library's own shelves!
When I inquired about this, I was told that it was library policy every so often to check the inventory against consumer (reader/patron) interest and delete from stock any book that had not been checked out within the last seven years.
First off, you can imagine my shock at this revelation, but I acted quickly to rescue what discarded strays I could.
Amongst the rescued orphans, pictured below are three by Isaac Asimov: The Naked Sun, The Bicentennial Man (and other stories), along with The Gods Themselves. The other image with this post is to provide further physical evidence of this event, discreetly editing what library did this.

But the question before us is "Should libraries discard books?"
And to that I say a resounding "NO!"

What of all the classics of yesteryear whose pages may be lost to us now? Do we have all the works of Shakespeare, Charles Dickens, Edgar Allen Poe, etc.; close at hand? Granted, with time and effort copies of most can be tracked down, and being in the public domain, some are perennially reprinted on a regular basis. But can we confirm that copies of everything created by these famous authors still exist?

Yet what of the works of such later day authors like Ellery Queen, Edgar Rice Burroughs, E.E. "Doc" Smith, Walter Gibson, etc.? The last time I checked, my local library had nothing by these gentlemen on their shelves! What of The French Powder Puff Mystery, Carson of Venus, The First Lensman, or The Shadow Strikes! (an example of each author listed, respectively.)

And what of today's wordsmiths? Another decade or two from now, how readily available will be the works of Isaac Asimov, Robert B. Parker, Sue Grafton, Tom Clancy, J. K. Rowling, etc.?

Some claim that the print media is a dying art form. In this computerized, electronic age; that might be a possibility that comes true.

Yet what is even more frightening is the possibility that reading itself becomes a dying art!
With all the budget cutbacks and other economic woes, there are already plenty of parents worried about the quality of education that their children are receiving.
What if someday those same children cannot read at all?

My point is that while I do realize any one specific/individual library is limited on space and needs to be selective in its acquistions to better serve its (regional) patrons; a library should also know better than to discard books as something akin to old, worn out shoes.

As stated above, in the past, my library has sold donated copies that duplicated already on hand inventory to help defray operating expenses at nominal (cheap) prices, and I see no reason why they could not do so again now.
Or better yet, why not donate the books to a library that does not have them. Local libraries are affliated at least by city and/or county, if not region and/or state. Surely what one library does not want the other might need?

Imgaine if one day no one could read Huckleberry Finn (for example) any more because no one had a copy?
What if one day the works of Mark Twain were completely forgotten and lost to the sands of time?
THAT is what I am hoping to prevent here! 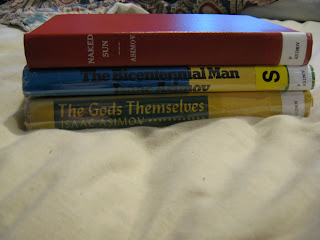 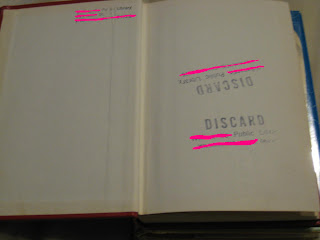 Email ThisBlogThis!Share to TwitterShare to FacebookShare to Pinterest
Labels: Libraries