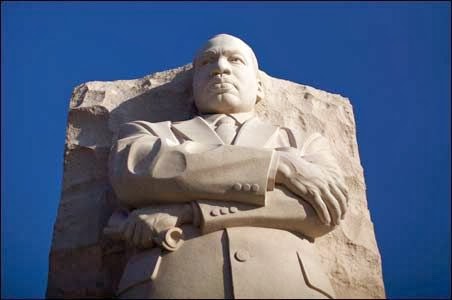 Today (at least here within the United States) we pause to honor the life and deeds of Doctor Martin Luther King, Junior.

A man of peace and both a believer AND practitioner of pacifistic opposition against what he felt was wrong with the world, Doctor King is famous for, amongst other things, his "I Have A Dream" speech, delivered during the March on Washington for Jobs and Freedom; August 28, 1963.

"I have a dream that one day my four little children will live in a nation where they will not be judged by the color of their skin but by the content of their character."

While Doctor King sadly did not live to see the day his dream came true for his children, it is even sadder that prejudice still exists, and that hatred and bias continues in the world along other factors; including differences in personal preferences and economic status.

The day when EVERYONE, not just in this nation but the entire world, is judged only by the content of their character is one I greatly look forward to, but doubt I will ever see within my lifetime.

THE ABOVE WAS AN EDITORIAL.
Posted by Lee Houston, Junior at 6:50 PM