*After presenting the annual State of the Union address Tuesday night, President Barack Obama is now taking his message directly to the people in hopes of putting additional pressure on Congress to take the appropriate action(s) on the issues facing this country. Case in point: Republicans have initiated a filibuster against approving Chuck Hagel as the new US Secretary of Defense.
*North Korea has conducted another nuclear test and now claims it is on the verge of having a viable weapon!
*Benedict the XVI has announced his resignation and will officially step down from the Papal Office February 28. No word on who will succeed him as Pope yet, but this is the first Papal resignation since Gregory XII in 1415.
*Apple cannot use the name iPhone in Brazil, where another company beat them to the trademark on a different product.
*The shock waves from a small meteor entering Russian airspace injured over 1000 people, mostly from broken glass encounters. The meteor was too small to be detected before entering Earth's atmosphere.
*Europe is reeling after an investigation discovered horse meat and pork in products that were supposed to be 100% pure beef!
*Former police officer and prime suspect in a series of California murders Christopher Dorner died in a shootout with authorities.
*The Large Hadron Collider will be shut down for two years for maintenance and upgrades.
*Among the 2013 Grammy Awards winners are Somebody That I Used To Know for Record of the Year by Goyte and Kimbra, Babel by Mumford & Sons for Album of the Year, and Best New Artist of the Year FUN's version of We Are Young for Song of the Year. 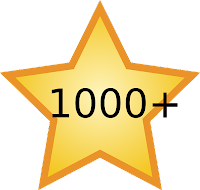 *As of the 2020, wrestling will no longer be a part of the Summer Olympics.
*Civil unrest continues in Bahraini, Northern Mali, Afghanistan, and Syria.


AND THE FREE CHOICE E-ZINE WOULD LIKE TO THANK ITS READERSHIP FOR GIVING US OUR SIXTH STRAIGHT MONTH OF 1000+ PAGE VIEWS!

For more news at any time, either scroll down to our IN OTHER NEWS feature at the bottom of your screen or visit any other reputable news source.
Posted by Lee Houston, Junior at 3:09 PM