A NEW WINTER STORM IS TRAVELLING ACROSS THE EASTERN UNITED STATES. RESIDENTS ARE ADVISED TO STAY WARM AND TAKE THE APPROPRIATE PRECAUTIONS. 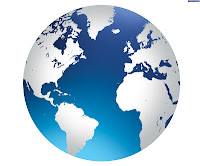 Amongst events happening around the world this past week...
*Iran claims to have found an internal, natural source for uranium as it plans new nuclear power plants and continued weapons' testing.
*Rafael Correa has been re-elected President of Ecuador, while Serzh Sargsyan has been re-elected President of Armenia.
*Food recalls and investigations continue in Europe after the confirmed discovery that products that were supposed to be 100% beef actually contained pork and horse meat!
*North Korea continues to threaten the "final destruction" of South Korea during the United Nations' recent disarmament discussions.
*NASA has confirmed the discovery of Kepler-37b, the smallest (known) extra-solar planet, orbiting Kebler 37 in the Lyra constellation.
*Sony has announced the PlayStation 4 will be available for purchase by Christmas 2013. Although final details and appearance have yet to be confirmed, the manufacturer has confirmed the new system WILL work with previous game discs.
*The Moody Investor Services has downgraded the United Kingdom's credit rating from AAA to AA1.
*The 33rd Annual Golden Raspberry Awards will be announced tonight, "honoring" the worst in last year's films, while the 85th annual Academy Awards will present the Oscars for the best in movies Sunday night.
*Australia defeated the West Indies team to win the 2013 Women's World Cricket championship.
*Sadly, country music star Mindy McCready decided to end her life at age 37 this week.
*Civil unrest continues in Iraq, Syria, and Afghanistan.

For more news at any time, either scroll down to our IN OTHER NEWS feature at the bottom of your screen or visit any other reputable news source.
Posted by Lee Houston, Junior at 1:56 PM