TODAY IS FREE COMIC BOOK DAY AT PARTICIPATING OUTLETS AROUND THE WORLD.
TODAY IS ALSO MAY 4, SO DON'T BE SURPRISED IF A STAR WARS FAN SAYS "MAY THE FOURTH BE WITH YOU."
TOMORROW IS CINCO DE MAYO (THE FIFTH OF MAY). 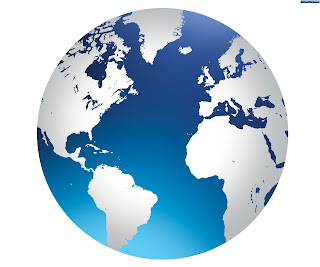 *While all is quite on the saber rattling front at the moment, North Korea has charged an American prisoner with "hostile acts against the regime" and charged him to 15 years at hard labor. The prisoner continues to maintain his innocence while the United States pleads for amnesty.
*With Queen Beatrix planning to step down, Prince Willem-Alexander has become King of the Netherlands.
*Civil unrest continues in Afghanistan and Syria.

FROM THE UNITED STATES OF AMERICA:
*Three friends of the surviving Boston Marathon bomber have been arrested on obstruction of justices charges trying to "protect their friend". There is no evidence at this time that they were actually involved in the despicable act.
*Despite their "victory" when Congress failed to enact stronger background checks, the National Rifle Association is saying the fight is far from over. Amongst recent statements defending their position include believing that Boston, Massachusetts was vulnerable to the Marathon Bombing because not enough citizens were armed, and that no member of the NRA will willingly give up their firearms unless they're deceased.
*Harvard scientists have unveiled "RoboBee", the smallest flying robotic creature (to date) with a wingspan of a mere inch and a half/3 centimeters.
*The Herschel Space Observatory has shut down after running out of liquid helium coolant.
*Rhode Island has become the tenth member of the United States to make same gender marriages legal.
*"Orb" the horse has won the Kentucky Derby, the first leg of horse racing's annual Triple Crown contest.

For more news at any time, either scroll down to our IN OTHER NEWS feature at the bottom of your screen, or visit any other reputable news source.
Posted by Lee Houston, Junior at 9:00 PM

Email ThisBlogThis!Share to TwitterShare to FacebookShare to Pinterest
Labels: 2013, April 28-May 4, news, week in review