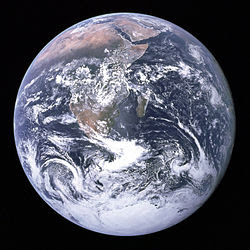 Amongst events happening around the world this past week...
*While there is no new saber rattling to report at the moment, the United Nations is looking into new allegations of human rights violations in North Korea.
*Astronauts on board the International Space Station had to stop an ammonia coolant leak.
*Despite terrorist threats, elections in Pakistan were held as scheduled. No word on the results at press time.
*Civil unrest continues in Afghanistan, Syria, and Somalia.


WITHIN THE UNITED STATES OF AMERICA...
*The state of Delaware now allows same gender marriage.
*The body of the man who died while trying to escape arrest for his part in the Boston Marathon bombing of April 15th has been laid to rest in an unmarked grave.
*Internet sales might soon become taxable transactions.
*Solar Impulse, a prototype solar powered plane, has completed its first test flight, from San Francisco, California to Phoenix, Arizona without using one drop of fuel. Provided all goes well on its remaining test flights, a larger, more commercial size prototype is planned for operational testing by 2015.
*Microsoft acknowledges "issues" with its new Windows 8 operating system and plans to release an amended version soon.
*Stop motion animation expert Ray Harryhausen (The 7th Voyage of Sinbad, Jason and the Argonauts, Clash of the Titans, etc.) has passed away.
*Comic book artist Dan Adkins has left us.

For more news at any time, either scroll down to our IN OTHER NEWS feature at the bottom of your screen, or visit any other reputable news source.
Posted by Lee Houston, Junior at 5:42 PM

Email ThisBlogThis!Share to TwitterShare to FacebookShare to Pinterest
Labels: 2013, May 5-11, news, week in review