Our apologies for the late posting, but Blogger has been experiencing technical difficulties. 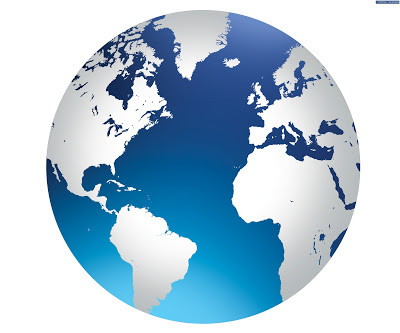 Amongst events that have happened around the world this past week...
*In their latest round of saber rattling, North Korea launched 3 missiles that all landed in the Sea of Japan. What the actual purpose of such a "test" was remains unknown.
*Iran swears that they only want nuclear facilities for peaceful energy use and have no plans for nuclear weapons.
*The crew of Expedition 35 have safely returned to Earth from the International Space Station.
*President Thein Sein of Myanmar will soon make that country's first official visit to the United States in over 50 years.
*New evidence indicates that the glaciers atop Mount Everest might be melting.
*The Bank of England has announced they feel that the United Kingdom's inflation will fall faster than originally predicted.
*Brazil has decided to legalize same gender marriage.
*Water found in a Canadian mine is believed to be 2.6 BILLION years old!
*Civil unrest continues in Syria and Afghanistan.

WITHIN THE UNITED STATES OF AMERICA:
*Citing first amendment rights and wanting to protect sources, the Associated Press is concerned about the Justice Department seizing records in regards to their coverage of a May 2012 story about the CIA stopping a potential terrorist plot before it could be enacted.
*The Internal Revenue Service has admitted to targeting conservative groups (the Tea Party, etc) for "special scrutiny" on its own initiative, without any orders or prior knowledge of the Obama administration. Acting commissioner Steven Miller has since resigned.
*Meanwhile, Republicans have been up in arms about the "targeting", are attempting to make an issue out of the 2012 attack on America's diplomatic mission in Benghazi (some political pundits believe this is an attempt to discredit former Secretary of State Hillary Clinton in case she makes a bid for the Presidency in 2016), and failed for the 37th time to repeal Obama Care.
*Minnesota has decided to legalize same gender marriages.
*NASA's Kepler Telescope has experienced a hardware problem that might end its planet hunting observations of outer space.
*Barbara Walters has announced that she will retire from active television at the end of May 2014.
*Oxbow won the Preakness Stakes horse race while Orb, the winner of the Kentucky Derby, came in fourth, thus there will not be a Triple Crown winner this year.

For more news at any time, either scroll down to our IN OTHER NEWS feature at the bottom of your screen or visit any other reputable news source.
Posted by Lee Houston, Junior at 2:46 PM

Email ThisBlogThis!Share to TwitterShare to FacebookShare to Pinterest
Labels: 2013, May 12-18, The Week In Review