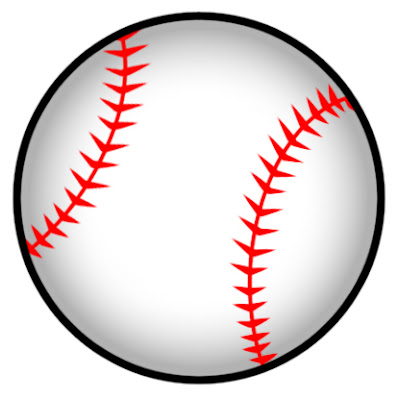 Now, before we begin, let me make one point perfectly clear.
I LOVE BASEBALL!
I follow and watch the game(s) as much as humanly possible from the first pitch of preseason to the last out of the World Series every year.
There have been good and bad moments throughout each season, but by far the worst (in my humble opinion) is when a player will intentionally take something that is not only illegal in hopes of "improving" their game, but they do so willingly, despite the fact it could also produce life threatening health risks in the future.

Although most sports have dealt with drug situations at one time or another; Major League Baseball has been cracking down on human growth hormone, performance enhancing drugs, and other illegal substance uses. I for one applaud their efforts. There is still a long way to go to make sure the game is totally clean, but at least MLB is trying.

One of the more major scandals of late involves a company called Biogenesis, who is no longer in business. A lengthy investigation has resulted in plenty of suspensions.
Melky Cabrera, Bartolo Colon, and Yasmani Grandal all sat out 50 games during the 2012 season.

As this was posted, the following players are all within the first week of a current 50 game suspension:
Nelson Cruz of the Texas Rangers
Everth Cabrera of the San Diego Padres
Jhonny Perlata of the Detroit Tigers
Antonio Bastardo of the Philadelphia Phillies
Francisco Cervelli and Fernando Martinez of the New York Yankees
Jordany Valdespin and Cesar Puello of the New York Mets
and Sergio Escalona of the Houston Astros.
Pitchers Fauntino de los Santos and Jordan Norberto are also facing 50 game suspensions, but are not currently active with any team.
Ryan Braun of the Milwaukee Brewers is facing a 65 game suspension because he also somehow (details are unknown) violated baseball's collective bargaining agreement in the process.

All these players willingly started their suspensions and, depending upon contracts and the feelings of their respective teams, will probably be playing again next year. Hopefully they have learned their lesson and will play clean from now on.

However, one guilty player is absent from this list.
Alex Rodriguez of the New York Yankees was sentenced to a 211 game suspension because besides being found guilty of using performance enhancing drugs and somehow violating baseball's collective trade agreement (details unknown), Rodriguez might have, or at least was suspected of, introduced other players (his fellow Yankees?) to the Biogenesis firm.
211 games would of had him sitting out at least the rest of the 2013 season and all of 2014, but Rodriguez is eligible to play while appealing his suspension.

While he is well within his legal rights to do so, why is Alex Rodriguez the only player appealing his sentence? The suspension being upheld later would have him sitting out not only all of the 2014 season (162 regular season games), but the beginning of 2015 until 211 games have passed.
I am not saying that Rodriguez is innocent, but Major League Baseball must have had some serious evidence against him to issue such a stiff sentence, compared to the others involved.

Sadly, this far from baseball's first drug scandal.
Mark McGwire and Sammy Sosa were both suspected of using in 1998, at least by fans, when they competed against each other to break Roger Maris' then record of 61 home runs in a single season.
McGwire later confessed to using performance enhancing drugs at the time, but the one(s?) he took were not officially declared illegal by Major League Baseball at the time, so presumably would not have shown up on any drug test.
Barry Bonds later not only broke McGwire's new single season record, but also broke Hank Aaron's career home run record.
Since "accomplishing" (quotes mine) both feats, Bonds has been investigated for using performance enhancing drugs himself, but so far has only been found guilt of committing perjury to a federal grand jury. It should be noted that Barry Bonds has not been an active player since the beginning of 2008, when he could not obtain a position on any team with the accusations unanswered.

The Free Choice E-zine's (and my own personal) position on this matter is this:

ANY PLAYER IN ANY SPORT FOUND GUILTY OF USING DRUGS SHOULD BE STRIPPED OF ANY AND ALL RECORDS "EARNED" WHILE TAKING THE ILLEGAL SUBSTANCES!

There are too many instances of putting people upon pedestals only to watch them fall.
Children who later become budding athletes look up to their idols for inspiration.
Any athlete who uses illegal performance enhancing substances, regardless of the sport, should face the same consequences a non-athlete would, including possible jail time too (if applicable)!


THE ABOVE WAS AN EDITORIAL.
Posted by Lee Houston, Junior at 3:39 PM