WHAT'S THAT SONG?
Today we're doing this puzzle a bit differently.
A line from a famous song is represented below.
Do you know what it is? 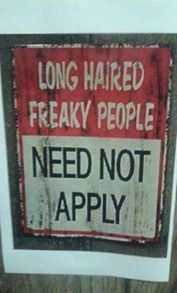 TRIVIA TIME
Considering astronomers now suspect Uranus might have two more moons than was first known, just how many moons does Uranus officially have?

We'll reveal all next weekend, but for now, let's open up THE ANSWERS BOX and discover the results of the October 15, 2016 Puzzle Corner.

BEFORE AND AFTER
Two separate things have at least one word in common, and thus can be combined to form something new. Based upon the clue below, do you know what the new thing is?

THE TV GAME (NEW to The Free Choice!)
This is a game that dates back to at least when I was in elementary school, if not earlier in history.
All you have to do is identify the television series based upon its initials, but we've played fair and included the years it was on too. Ready?